The new url is http://verbalintercourse.blog/.
Posted by Coreus at 8:11 PM 2 comments:

Imagine that a product exists, maybe a tool, maybe an entertainment product, that is just perfect for you. It's the thing you didn't realise you'd been waiting your whole life for. But you don't know about it.

In an ideal version of reality, how do you want the sellers of this product to let you know that it exists and you can buy one?

I guess the flip side to this question is; how do you ever know someone wants to hear what you have to say? Isn't society one big collection of unsolicited messages?

Do the ants in the grass understand what the man's Volvo is?
Do they know you can buy Pepsi in aluminum or glass?

Advertising is art with an ulterior motive for existing. As long as we're not being openly lied to, I don't think it's bad exactly, but in a world where there are important things to do, I would suggest it's probably doing more harm than good.
Posted by Coreus at 1:27 AM 9 comments:

I recently pledged $1 per month to a youtube channel that redubs old episodes of the pokemon cartoon to change the plot and characters to something completely different. It's not Ibsen, but it makes me laugh a lot, enough that I still feel like I'm kind of ripping them off by only giving a dollar a month.

But they sent me this nice email with the heading "Thank you for supporting your creators!" which I thought was kind of an amazing way to phrase it. I've never equated the act of creating something with the idea of "my" creators, but it's kind of the same thing. I'm the sum of all my experiences, so if some of those experiences were designed by other people, in a way that places those people among my creators.

I watched an interview with Ashly Burch from the Hey Ash Watcha Playin series of internet videos, and apparently she's playing the hero in some new big budget open world game that came out recently. She mentioned the female Commander Shepherd from Mass Effect as one of her inspirations, which reminded me of that one time when I learned from Saints Row 3 that all you need to do to write women well is write them as men and swap out the model for a female one.

I'm reminded of Jack Nicholson's character from As Good As It Gets. When I was a teenager my mum took me to see it at the cinema, and I don't think thirteen year-old me understood half of it, but it ended up sweeping the oscars. Anyway the point is his character's talent is writing romance novels, which is something that comes across in no aspect of his personal attitude. When a woman asks him how he's able to write women so well he responds; "I think of a man, and I take away reason and accountability."

It's no struggle for a man to fully empathise with a woman, all he has to do is forget that he wants to have sex with her.

Attractive people are blinding in a way. I'm not sure there is a better way of saying it. The question becomes whether to embrace this higher imperative or suppress it, and try to shield your eyes.
Posted by Coreus at 12:23 PM 2 comments:

HOLY SHIT THAT WAS AMAZING I CAN'T BELIEVE THEY MAKE VIDEO GAMES THIS GOOD.
Posted by Coreus at 11:25 PM 1 comment: 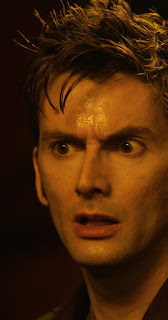 Recently I played through a great mid-price indie game ($25 is mid-price, right?) called Owlboy. It felt like a SuperNES-era zelda game, all exploration and adventuring. The amazing thing that this game does is so simple it seems dumb it hasn't been done before. It's a metroidvania-style platforming game but instead of platform jumping you just fly.

Owlboy is the most vertical game I've ever played. Imagine zelda-style world map exploration, but you just keep flying up, and up, and up and up and up. The music changes as you keep moving up, into and through a seemingly endless sky full of floating islands; towns, dungeons, friends, enemies, secrets. And you collect coins and unlock additional weapons and buy upgrades and eat vegetables to regain health.

It's got a pretty decent Final Fantasy style story to it too. I'm generally opposed to unskippable story scenes in games, but I didn't mind these ones too much. (For the record I thought The Stanley Parable was pretty cool, and I didn't bother to "play" Dear Esther.)

More important than any told story Owlboy has atmosphere.

And now I've played through it all twice and I'm bored with it. If only there was a way to somehow generate unique gameplay situations every time you played, he said, awkwardly segueing.

I played a bit of The Binding of Isaac, quite a bit of Spelunky, and a metric fuckton of Darkest Dungeon.

I love the roguelike genre. The inability to completely control your environment creates a need to play to 100% of any potential advantages, and to weigh every choice carefully using incomplete information.

I see it in a way as a simulation of life. Failure may be inevitable, but every choice matters. Anything that can go wrong will go wrong, so the simplest route to success is generally the best one.

The other game I've been playing is Hearthstone, which is based on Magic, which on balance probably deserves its utterly generic name. I mean since it literally invented the genre.

Magic is a competitive game played with two (or more) people. The gameplay is based on generating interesting math problems and game theory style psychology. From a pool of hundreds of cards, players create a deck from which they draw cards at random and use the unique functions of these cards to try to win the game.

A major feature of Magic is that it's impossible to know what cards your opponent has or what cards you will draw next, making it effectively a roguelike game-- each player weighing their choices using incomplete information.

Magic is not a game for people who are bad at losing. It will teach you that control is an illusion, that there is no status without challenge, and that in any complex system incredible things will always happen.

Now if you'll excuse me, I've just learned about and bought and downloaded a follow up to Limbo called INSIDE. It looks pretty cool.
Posted by Coreus at 12:56 PM 2 comments:

These are interesting times. We were so busy trying to break the glass ceiling we didn't notice how unstable our footing had become.

I wonder whether this situation can't end positively. Nobody was expecting Hillary to be anything but a business as usual politician from a well known brand who happened to be female. How many more years could we have pretended that democracy was working, had she been elected? Now we have little choice but to acknowledge the system is broken.

It's only at the precipice that we change.
Posted by Coreus at 2:14 AM 1 comment:

Is it insensitive to say to your partner that you don't consider the relationship to be a "forever" thing?

I mean marriage is the only occasion when this promise is explicitly made. But I guess what I'm trying to get at here is how common this assumption of forever is with people, even in the very earliest stages of coupling. I've felt it multiple times in my life-- I could never help it. And my heart broke the time when I realised that my best friend and partner of five years felt it, and I didn't.

Relationships are pretty much defined by the amount of yourself that you are willing to share; with the remainder of the "person" you're seen as being made up of unconscious assumptions and extrapolations based on what will be by definition that person's most impressive side.

lol I just made a typo at the end of that last paragraph. Instead of side I typed "size". Then I giggled because it was totally a Freudian slip.

I guess the reason I'm typing all of this is because I'm finding myself having to answer these questions as I consider how to approach a co-worker at my new job with whom there is a mutual attraction.

I find myself resisting the idea of a committed relationship, because I know that's not a promise I can make in good conscience. But I really miss having a intimate friend, and sex has been in my experience the easiest path to forming an intimate relationship.

And also I really would like to have sex with her.

What I worry is that she might consider sex to be something requiring a committed relationship; and that I will agree to it just because I want to have sex. And that would be wrong.

So I find myself pondering just how committed to the relationship I would have to be in order to not implicitly promise anything I'm not capable of following through on.
Posted by Coreus at 11:48 PM 4 comments: